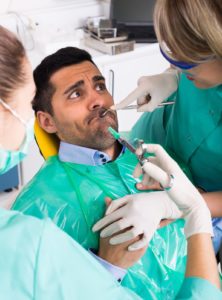 So, you need a root canal? Get ready for the most intense pain of your life. At Lowry Main Street Dental, we regularly hear women shriek in pain and see grown men cry during this procedure.

We’re totally kidding, though! Root canals are no big deal. In fact, they will make you feel much better. Rapper Lil Wayne once endured 8 in one sitting. Plus, the procedure has even entered the animal kingdom. Both pandas and lions have had them.

Since it’s Root Canal Awareness Week, we’re seizing the opportunity to ease patients’ nerves by telling the truth about the procedure.

Are Root Canals Really That Bad?

Root canals are a low-risk procedure that is successful in 95% of cases. However, they are often joked about in popular culture. When reviewing the 1980 film Heaven’s Gate, one New York Post film critic titled their write-up “I’d rather have a root canal than rewatch this movie.” The fish in the dentist’s office tank in Finding Nemo discuss a root canal procedure going on in the office.

According to the American Association of Endodontists, every year in the United States, more than 15 million root canals are performed. And most of those patients feel a relieved after the procedure is over! After finishing a root canal procedure, most of our patients are pleasantly surprised. They find that the root canal isn’t as bad as they thought it would be, and their toothache is gone!

Getting a root canal is also a good way to save a tooth that would have otherwise fallen out.

Do You Need a Root Canal? 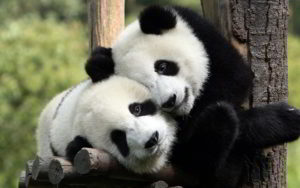 Pandas live through their root canals, and so will you!

A root canal is a way of clearing away infected tissue in the deepest layer of your tooth. If you have one or more of the following symptoms, it’s a good idea to talk to your dentist:

Check out our root canal page to learn more, and if you think you’re a candidate for a root canal procedure, contact your dentist.

If you are in pain, we offer same day appointments.

All Your Dental Needs Under One Roof

Our new patient special is a great way to give our dental office a try. Pay only $59 for your first cleaning, exam and digital x-rays.